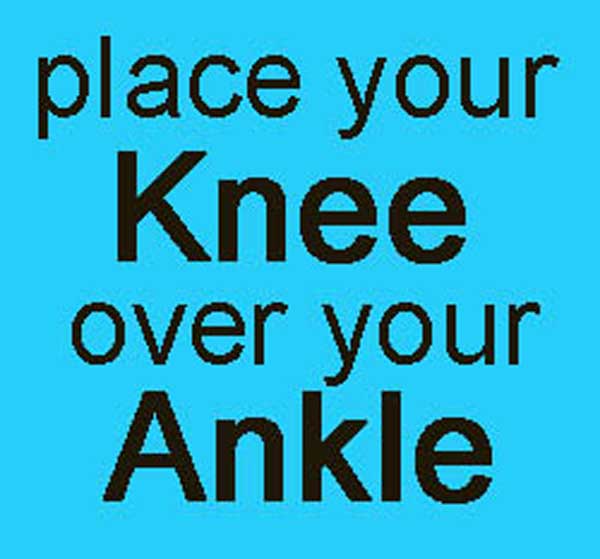 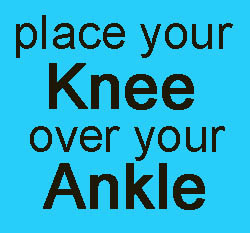 I must have said it thousands of times in my teaching career: “Make sure your knee lines up over your ankle.” I have said it as many ways as I can: “Make your shin a perpendicular line to the floor”, “Keep your ankle under your knee”, “Bend your knee 90 degrees”, and so on until it has become a variable mantra. One could conclude that I seem to have an obsession in the regard. Actually, that kinda is the truth.

Why?
What is so important about keeping the knee in the ‘over the ankle position’? Are we never to bend our knee greater than 90 degrees? Certainly we are physically capable of bending the knee more.

The answer has to do with the anatomy of the knee combined with one of the most common position in yoga – the lunge pose.

The knee joint is called a hinge joint because it primarily moves in just one plane of action – moving the femur and tibia bone closer together or further apart. Another example of a hinge joint is our elbow joint.

To hold the joint itself together there are several ligaments which must provide stability without interfering with the movement of the joint. No doubt you may have heard of some of these ligaments because many people, especially sports enthusiasts, damage them. Inside the knee joint here are the cruciate ligaments, anterior and posterior, more likely you have heard of them as the ACL or PCL. They prevent the knee bones from sliding too far forward or backward in the joint. On the sides of the knee there are the collateral ligaments, medial and lateral, the MCL and PCL that prevent the knee from sliding too far from side to side. The arrangement works, but it is prone to problems if too much force is placed on the knee.

In addition to the ligaments, the knee also has cartilage capable of holding our entire body weight, but because these two bones interact with one another through about 150 degrees of movement, the cartilage must be arranged in a certain way. The horseshoe shape of our knee cartilage allows the rounded ends of the femur bone to roll across the somewhat indented end shape of the tibia bone without friction. Thus we have a medial and lateral miniscus.

All of this arrangement is surrounded by a joint capsule which is filled with synovial fluid which lubricates the joint. On top of this is a layering of various muscles, each of which creates a different angle of action on the knee.

The major muscle structure that moves the knee into a straight leg position is a grouping of muscles called the quadriceps. Our quadriceps is made up of four muscles, rectus femoris, vastus lateralis, vastus medialis obliques and vastus intermedialis. Together they form the common quadriceps tendon that stretches from the femur bone onto the tibia bone.

The quadriceps tendon must be able to move the knee through that 150 bend back to a zero degree straightness. Because of the extreme bend, a special bone resides within the tendon, called the patella, or more familiarly our knee cap. The knee cap allows the quadriceps muscle group to exert powerful force without limiting the movement of the joint. Since the knee cap must slide across the out side of the joint without friction, its back side is lined with cartilage.

There are many more muscles that control knee action such as the popliteus, hamstrings, and gastrocnemius, but the answer to our question about knee position has more to do with knee cartilage and the quadriceps muscle than any other thing, so we will shorten our anatomy lesson for now.

How does bending the knee effect the cartilage of the knee?

When we are in poses like the lunge, we are holding our full body weight through the legs with the front knee bent. The bend of the front knee causes two stresses, one in the area of the quadriceps tendon and the other in the area of the knee cartilage. If our knee is bent greater than 90 degrees, there is a strong pull of the quadriceps tendon onto its attachment at the tibia. This stress can irritate the tendon and knee bursa as well as irritate the back of the knee cap by pulling it tightly against the bones of the knee. If we bend our knee greater than 90 degrees we force the rougher part of the femur bone onto the cartilage of the tibia, roughing it up. Over time this kind of action wears out the knee faster than normal. This kind of action increases the risk to the knee and can bring out greater symptoms to existing knee problems.

Some people say that in the lunge, bringing their knee into a greater than 90 bend stretches their knee. It is not necessary to put the knee at risk in order to stretch. There is no reason we need to force our knee under our body weight to bend so much. A perfectly good knee stretch can be created on the back with our knees pulled into our chest.

Keeping our knee bent no greater than 90 degrees in all of our bent knee standing poses better protects our knee, reduces the wear of the knee and reduces irritation to already irritated knees.

Therefore – “Place your knee over your ankle” – and experience the best yoga has to offer. 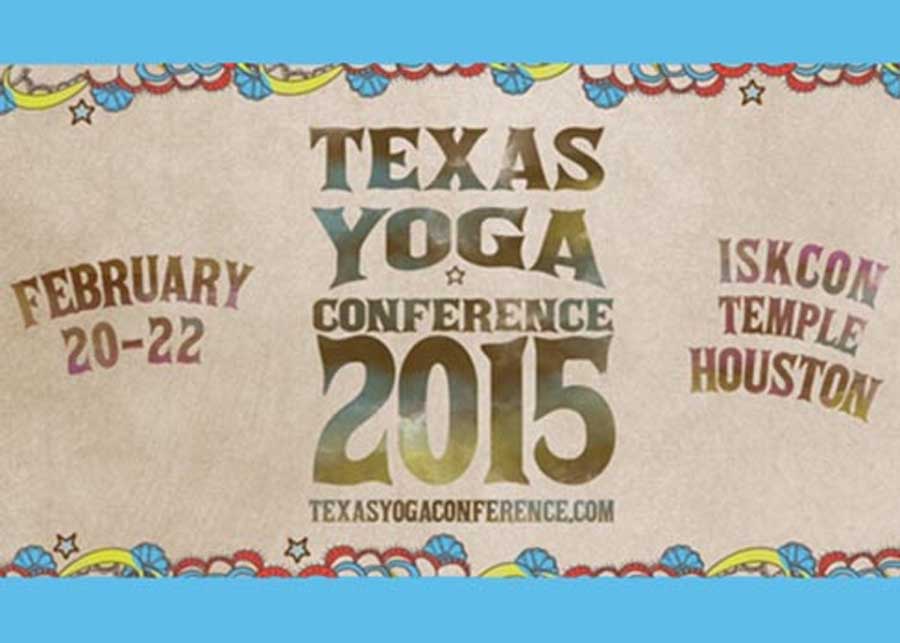